Analysts said that Seattle home prices rose despite the Seattle metro area having a large outbreak of Covid-19 in the first weeks of the pandemic. April readings on home price growth are expected to dip into negative readings reflecting the spread of the coronavirus and its increasing impact.

Sales of new homes rose in April although many areas were under stay-at-home orders related to the coronavirus pandemic. 623,000 new home sales were reported on a seasonally-adjusted annual basis as compared to the March reading of 619,000 sales of new homes. Pending home sales were -21.80 percent lower as compared to the March reading of -20.80 percent. Fewer pending home sales reflected impacts of the pandemic as government agencies issued stay-at-home orders and citizens faced financial uncertainty and health concerns.

This week’s scheduled economic reports include readings on construction spending and labor sector reports on public and private sector jobs and the national unemployment rate. Weekly reports on mortgage rates and new jobless claims will also be released.

According to the federal government, Non-Farm payrolls added 74000 public and private-sector jobs in February for a reading of 313,000 jobs added. February’s gain was the largest in a year and a half. Analysts expected 222,000 jobs added in February. Analysts cited solid economic strength as contributing to higher-than-expected job growth.

National unemployment was unchanged at 4.10 percent.

This week’s scheduled economic releases include readings from the National Association of Home Builders, Commerce Department reports on housing starts and building permits issued and the University of Michigan’s report on consumer sentiment. Weekly readings on mortgage rates and new jobless claims will also be released. 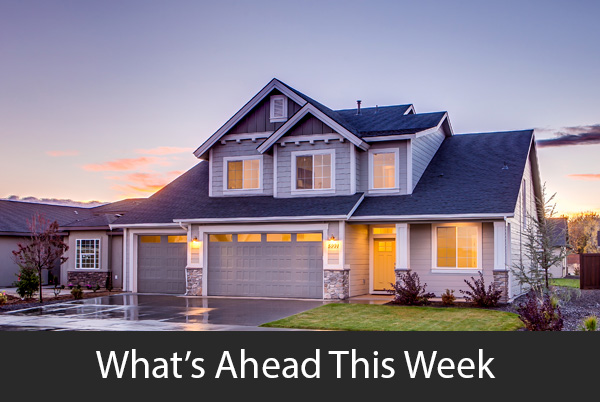 Last week’s economic releases included minutes from the most recent FOMC meeting, a report on January sales of pre-owned homes and weekly readings on mortgage rates and new jobless claims.

Minutes of the January 30-31 meeting of the Fed’s Federal Open Market Committee indicated that most Committee members believe that inflation will reach the Fed’s goal of 2.00 percent. Members found that the economy was stronger since 2017 and expected “a gradual upward trajectory of the federal funds rate would be appropriate.”

While analysts expect three rate hikes in 2018, the FOMC voted to hold the federal funds rate at 1.25 to 1.50 percent. Most FOMC members expected that the goal of 2 percent inflation was within reach in 2018.

Analysts were not as confident about reaching to Fed’s inflation goal. Instead, the said that in response to tax cuts, the labor market could exceed full employment and lead to higher wages and surging inflation.

A minority of FOMC members said that inflation could fall short of the Fed’s goal as retailers would compete by lowering prices.

According to the National Association of Realtors®, sales of previously-owned homes dipped from a seasonally-adjusted annual rate of 5.56 million sales to 5.38 million sales in January. This reading was the lowest in more than three years; it could indicate that the shortage of homes for sale has reached critical mass.

Months of short supplies of homes for sale have caused rapidly rising home prices, buyer competition and fewer choices of homes for would-be buyers. Real estate pros have repeatedly said the only solution to shortages of available homes is that builders must build more homes but increasing materials costs and labor shortages have caused construction pace to lag demand for homes. Affordability continued to weigh on moderate-income and first-time buyers.

New jobless claims dropped by 7000 first-time claims and regained a 45-year low. 222,000 new claims were filed last week as compared to expectations of 229,000 new claims and 230,000 new claims filed the prior week. Real estate pros and analysts cite strong labor markets as driving housing markets and high demand for homes. Workers with job security and options for advancement in their careers are more likely to consider investing in a home than paying rising rents.

This week’s scheduled economic releases include Case-Shiller Home Price Indices, readings on new and pending home sales and construction spending. Weekly readings on mortgage rates and new jobless claims will be released along with a report on consumer sentiment.

Jerome “Jay” Powell was sworn in as Chair of the Federal Reserve amidst wild fluctuations in U.S. stock markets. Analysts attributed sliding stock prices to fears over inflation.

In a video introduction posted on the Fed’s website, new Fed Chair Jay Powell promised that the Fed would explain “what we are doing and why we are doing it.” Mr. Powell did not address stock market volatility but said that monetary policy decisions would be made based on the Fed’s dual mandate of achieving maximum employment and price stability along with economic growth.

Mr. Powell took leadership of the Fed as the national unemployment rate dipped to 4.10 percent.

Mr. Powell is an attorney by profession and is the first Fed Chair not to hold a PhD in economics in more than 30 years.

Former Obama administration Treasury Secretary Larry Summers cautioned against raising rates too fast: “If the Fed raises rates sufficiently to assure financial stability, there is a risk that the economy will slow too much.

This week’s economic news releases include readings on inflation, retail sales and the National Association of Home Builders Housing Market Indices. Readings on housing starts and building permits issued will also be released, along with weekly readings on mortgage rates and new unemployment claims.

Minutes of the FOMC meeting held March 15 and 16 suggest that FOMC members are easing their enthusiasm for raising the target federal funds rate. In recent months, the committee has indicated that it was leaning toward raising rates on a slow but steady pace. Ongoing concerns over changing global economic and financial conditions contributed to FOMC’s decision not to raise the key federal funds rate. Low energy prices continue to cause U.S. inflation to stay below the Fed’s goal of two percent, which suggests that the economy is not recovering as fast as originally expected.

Labor markets continued to improve as the national unemployment rate held steady at 4.90 percent in February. FOMC noted that the labor force participation rate and employment to population ratio increased. The four-week moving average of new jobless claims fell in March after increasing in February. These readings support continued expansion of labor markets.

Housing markets and household spending improved. Committee members characterized developments in labor and housing markets as “broadly consistent” with earlier expectations. Some housing markets connected with energy production weakened. FOMC members elected to maintain the target federal funds rate at a range of 0.25 to 0.50 percent. Global financial and economic developments were cited as contributing to the Committee’s decision not to raise its target rate.

Analysts said this news was positive in the sense that lower rates make mortgages more affordable, but more home buyers entering the market would further increase demand for homes. Low inventories of homes and high demand have fueled higher home prices in many areas.

What’s Ahead This Week

Real estate markets continue to face challenges as a severe shortage of available homes reached a four-month supply; real estate pros typically consider a six-month supply of available homes a normal reading. The shortage of homes for sale has caused home prices to escalate quickly in many markets; this creates affordability issues for would-be buyers. National Association of Realtors chief economist Lawrence Yun expressed concerns that rapidly rising home prices may not be good for the economy, but there was some positive news.

Nearly 32 percent of existing homes were bought by first-time buyers in January according to the National Association of Realtors. This is good news as first-time and moderate income buyers accommodate homeowners’ ability to move up to larger homes.

New home sales dipped in January to 494,000 sales as compared to expectations of 520,000 new home sales and the prior annual rate of 544,000 new homes sold. As the shortage of available homes continued, analysts said that the market is unbalanced in favor of sellers as offers from cash buyers make it difficult for offers from less qualified buyers to compete. Analysts said that low supplies of pre-owned homes drive buyers to purchase new homes. The number of homes purchased but not yet built is near a ten-year high.

Consumer confidence dropped more than five points in February. The Conference Board reported an index reading of 92.20 percent as compared to an expected reading of 97.20 and the prior month’s reading of 97.80. Consumers indicated growing concerns about business, personal finances and the labor market.

What’s Ahead This Week